Thermo King has on display at the Mid-America Trucking Show in Louisville, Kentucky, the second generation of its all-electric TriPac Envidia auxiliary power unit.

The unit is designed with drivers in mind who generally do not take their 34-hour restarts on the road, as well as drivers who need to meet emissions regulations, including CARB. It gives drivers 10 hours of runtime to make it through daily off-duty time.

The battery-based system features Thermo King’s Smart Charger Modules, which ensure optimum charging, as well as battery isolation in the event one of the four batteries goes bad so it won’t affect the other three batteries. The unit recharges from the truck’s alternator.

Steve Bach, Thermo King’s strategic initiatives director – APU, says the Envidia has been out for a year-and-a-half. He adds that the company has received positive feedback from customers who have used the APU.

“We wanted to make sure we are meeting drivers’ cooling and downtime requirements,” Bach says.

The Envidia APU can be ordered with an optional heater, 1,000-watt power inverter, solar panels, additional batteries and more.

This article originally appeared in OverDrive 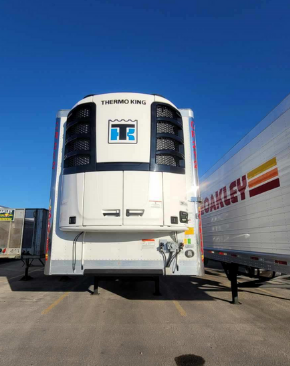 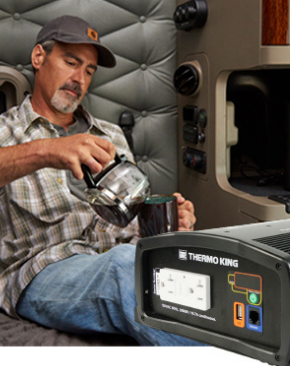 Thermo King has launched a new 2,000w Pure Sine Wave inverter. The inverter provides state of the art Pure Sine Wave technology, which offers a more consistent current. The inverter also provides increased capacity and an extended warranty, allowing drivers to bring the comforts of home with them on the road.