Colonel Martin “Mac” Case has deep military roots and a distinguished service résumé that deserves a proud patriotic salute. A graduate of the United States Military Academy at West Point, Mac’s combat service includes stints in Baghdad for Operation Iraqi Freedom and Kuwait for Operation Desert Storm. Not only is he a proud veteran, but the skills he acquired have shaped his civilian life and his passion around diversity and inclusion.

“The military is made up of all different cultures from within our country – it is individual by nature. While there are times where barking orders come to play, most often it is about building consensus, understanding perspectives and completing the mission,” said Mac.

That perspective is one reason why Thermo King’s Unity Squad inclusion network struck a chord with Mac. He had been heavily engaged in a Veteran’s Employee Resource Group in his previous job and “when I learned about Unity Squad starting up – an employee network that is open to all, no matter your interest, background or passion, I felt it was a great idea for Thermo King. It really creates an opportunity to learn different perspectives, but also provide support. And that could mean emotionally or teaming together to volunteer or fundraise for a cause. It really does help build an inclusive culture.”

In addition to his appreciation for diversity, Mac attained many skills during his decorated 30-year combined active and reserve military career including completion of the engineer and the civil affairs captains career courses, jungle school small unit leader’s course – where he rappelled from a helicopter in Panama, military intermediate level education, and advanced joint professional military education. This was on top of his mechanical engineering degree from West Point, a MBA from the University of Iowa and many military awards and badges. Whatever the mission or assignment, Mac’s leadership skills were honed as he earned his way to Colonel.

However, according to Mac, the greatest learning he carries with him today is the importance of listening.

“Without a doubt, listening was a key learning for me. So many times, things go off the rails, and you have to react. Gathering information from the experts and ensuring a thorough understanding of all sides of a story is imperative to success – that is true in the military, it is true in my job as program manager here at Thermo King, which is truly a cross-functional collaboration, and it’s true in life,” said Mac. 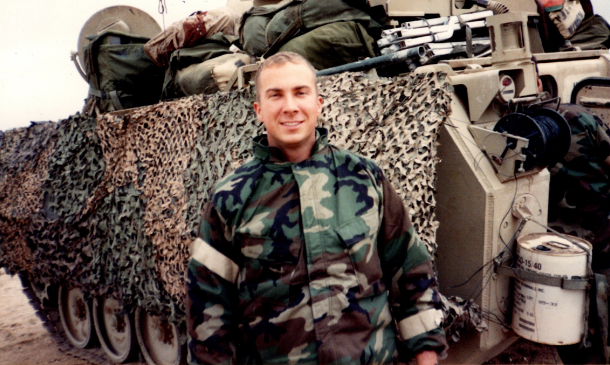 While listening skills are not the first thing that comes to mind for many when they think military, it is a message Mac likes to share to dispel bias and myths. “I’ve heard many times from managers who haven’t worked with vets before that they are concerned about hiring them. They fear a veteran will be too authoritarian, or that most veterans have PTSD. Neither is an accurate depiction of veterans as a whole.”

Where did you grow up?

What was your first job?

I was a paperboy for roughly six years starting – waking or riding my bike with a bag full of newspapers on my back.

My father was a career military engineer – he retired as a Lt Colonel. My brother went ROTC. I think being raised in a military family encouraged me to go that route also. I started ROTC also – to help pay for college, but decided to apply to West Point after a year. After active duty and a brief break, I joined the Army Reserve in response to 911.The opportunities and responsibilities given were amazing.

How long in Minnesota?

I moved here when I took the Thermo King job, but it already felt like home because I had built-in friends here from my years in the Army Reserve, which had a sub-unit in Minneapolis.

Tell us about your family …

What keeps you busy outside of work?

I like to bike and do woodworking – my last project was building an extension on my desk to make my home office more user-friendly!

What is a favorite quote or advice that inspires you?

“Praise in public and scold in private.” This is something that stems from my military days. Awards were given in formal ceremonies with the entire unit in formation. That has stuck with me – to celebrate achievements so that all see. Similarly, criticize in private. This allows greater dialogue; after all, maybe something was misinterpreted or misunderstood.

If you could have dinner with someone famous, who would it be and why?

Abraham Lincoln – I’d love to get his perspective on being elected into a divided country, and having to navigate a Civil War and ending slavery. He had to go through a lot. 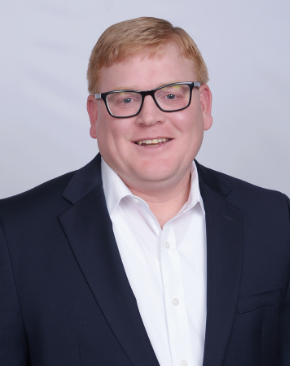 Jeff Rhodes, Finance Leader for Thermo King Americas shares his thoughts on how diversity is critical and inclusion is key to creating stronger teams that deliver better results. 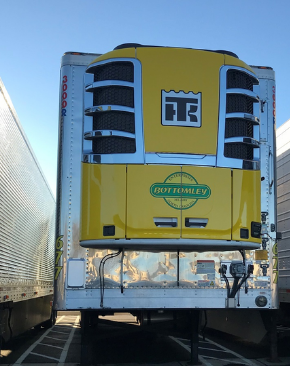 Delivering Timeless Traditions from the Hills of North Carolina

Thermo King® Customer Bottomley Enterprises greens up the holidays for millions of people across the United States each year.