In an article published in this publication two years ago, we focused on zero-emission buses and HVAC efficiency. Systems had to become more energy efficient for power management and conservation. HVAC suppliers have embraced the challenge and the next-generation HVAC systems now being developed and introduced will be more efficient. In last years’ Focus On: HVAC series, we focused on battery bus range as well as those things that affect range like the HVAC system, undisputedly the largest drain on a battery. While passenger comfort and compromise were part of the equation, the conversation has now evolved into how much air conditioning (A/C) is needed as well as when and where to use it. 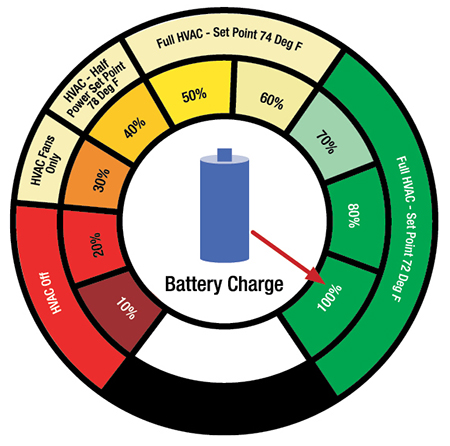 Knowing that Americans would not give up air conditioning made me curious as to how the electric car manufacturers and drivers approached power management. What I learned is that you can pay a handsome sum for your electric vehicle (EV) but the “range anxiety” comes free of charge. Making it home or to the next charging station gets to be top of mind. While bus operators will also experience some anxiety, fixed routes allow for better planning. There were tips for extending range.  At the top of the list was how you drive your car can have a big effect on range, and that is true for buses as well. Use of heat and A/C were high on the list. Turn the heat down and use your heated seats to consume less energy. Turn the A/C compressor off when climbing hills, a strategy already being used for some battery buses.  The high end EVs do it automatically and I expect buses to follow.

Several strategies are under discussion, but we all agree that the need for air conditioning will not go away. The accompanying chart is a very simple example of one strategy. You override the air conditioning demand by allowing the temperature in the bus to rise as the battery approaches its critical charge level. The decision will be driven by data that shows the kilowatt hours being consumed versus the available kilowatt hours needed to achieve your range objective. It sounds reasonable, but will it pass the passenger comfort sniff test on a 110-degree day in Houston? What about the driver?  One of the first things I learned about passenger comfort for buses is that the driver is the most important passenger on the bus. Will driver retention become an issue? Will people decide to drive on hot days rather than be uncomfortable on the bus? And what about the transit operator who dreads hot bus complaints?

As stated in the opening paragraph, how much air conditioning is needed and when and where to use it is a key factor in the range discussion. How to do it intelligently is an exercise where OEMS and HVAC suppliers must continue to collaborate. While reading up on the passenger car EVs I came across a research article titled, “Impact of the Air-Conditioning System on the Power Consumption of an Electric Vehicle Powered by Lithium-Ion Battery.” It was published in 2013 by a group of scientists from Bechar University in Bechar, Algeria, using a simulation tool. It is important because it is very specific and it likely helped the industry develop. Simulation and modeling tools can be very useful when all of the variables are part of the input. A simulation for route mapping a bus will have numerous inputs.  So, why don’t we have one yet? I have heard of two tools for simulating battery bus range but neither included HVAC. I can tell you that the industry will have such tools in the very near future. The interest in the race to zero emissions took off at a sprinters pace so all of a sudden we seem behind in many areas, including what to do about passenger comfort.

As you can see, there are several things to consider and work through, but I have confidence in the North America transit industry. The early adapters are already at work figuring it out as they do with all new technologies, and the real beauty of it is that they share what they have learned.

This article originally appeared in BusRide 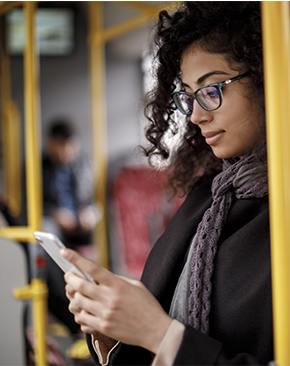 Just before the end of 2018, Transportation for America traveled to Thermo King’s headquarters in Bloomington, MN to get an up close look at the economic impact of public transportation dollars on Minnesota’s manufacturing jobs. Joined by several state and local leaders, Thermo King shared with the group how their high-quality HVAC systems fit into the public transit supply chain.