From Crater to Production Supervisor with Goals and Grit: Rob Seamann’s Story

It didn’t start as a dream, but it turned into one—and that dream eventually came true. Rob went straight into the U.S. Army after graduating high school. After serving—and with a wife and two kids in tow, he had a goal to establish a steady career. At the time, his mother was working for Thermo King, which had a strong reputation in Hastings. She spoke highly about working for the company, and her passion sparked his interest. There was a job opening in manufacturing—a field that Rob believed offered stability, decent pay, and good benefits to help support a family. He applied and was hired as a crater, kickstarting his manufacturing career.

What is a Crater?

A crater is an assembler who places a finished product in a wooden crate before it moves to shipping to be transported to the customer.

Working his way to the top

After working as a crater, he worked on the production line as an assembler, then the second shift in the Powder Coating Department. While working in that department, Rob developed an interest in advancing his career in manufacturing.  He used his veteran benefits through the GI Bill to go to school for heating and air conditioning. After earning his associate degree, he spent a year in the Painting Department, then took a role working in the Testing Department for 20 years.

Another door opened for Rob when he accepted a position as team leader, prompting him to enroll in the company’s Team Leader Development Program to grow his leadership skills.

Rob took advantage of the company’s Tuition Reimbursement Program to go back to school and get the skills and qualifications needed to become a supervisor. Thermo King partnered with Bellevue University, which allowed him to transfer credits from his associate degree and complete an 18-month accelerated program to earn a bachelor’s degree in business administration.

“It can seem scary going from an hourly role to a salaried role. What pushed me over the fence was when the company developed a supervisor and development role. It was a great opportunity to help me slowly work my way into a salaried supervisor role until I was comfortable.”

After working in manufacturing for 25 years now, he has no plans to retire just yet. Rob loves what he does.

“The biggest seller for me is the people. I care about people. In my role as supervisor, I help others grow. I get to learn what their dreams are and help them develop and get to where they want to be,” said Rob. “If I could offer advice to anyone interested in manufacturing, it’s that this is an industry that offers many opportunities for you to develop and grow into your own niche. We work for a great company that offers resources and support to help you grow your career too, so take advantage of these programs, set goals, and don’t stop until you reach them.”

You could say that Rob was always seeking opportunities to progress. And it was his drive to progress that pushed him to grow his manufacturing career, working his way from being the dreamer to dreams coming true.

Get to Know Rob 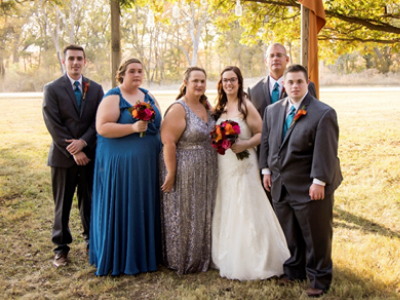 Where did you grow up: Prosser, Nebraska

Where do you live now: Hastings, Nebraska

Best advice you’ve ever received: We rise by lifting others.

What’s the most embarrassing thing that’s ever happened to you: Getting caught singing aloud when I didn’t know anyone was around.

Rob and his family pictured above 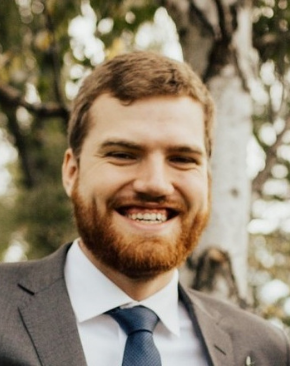